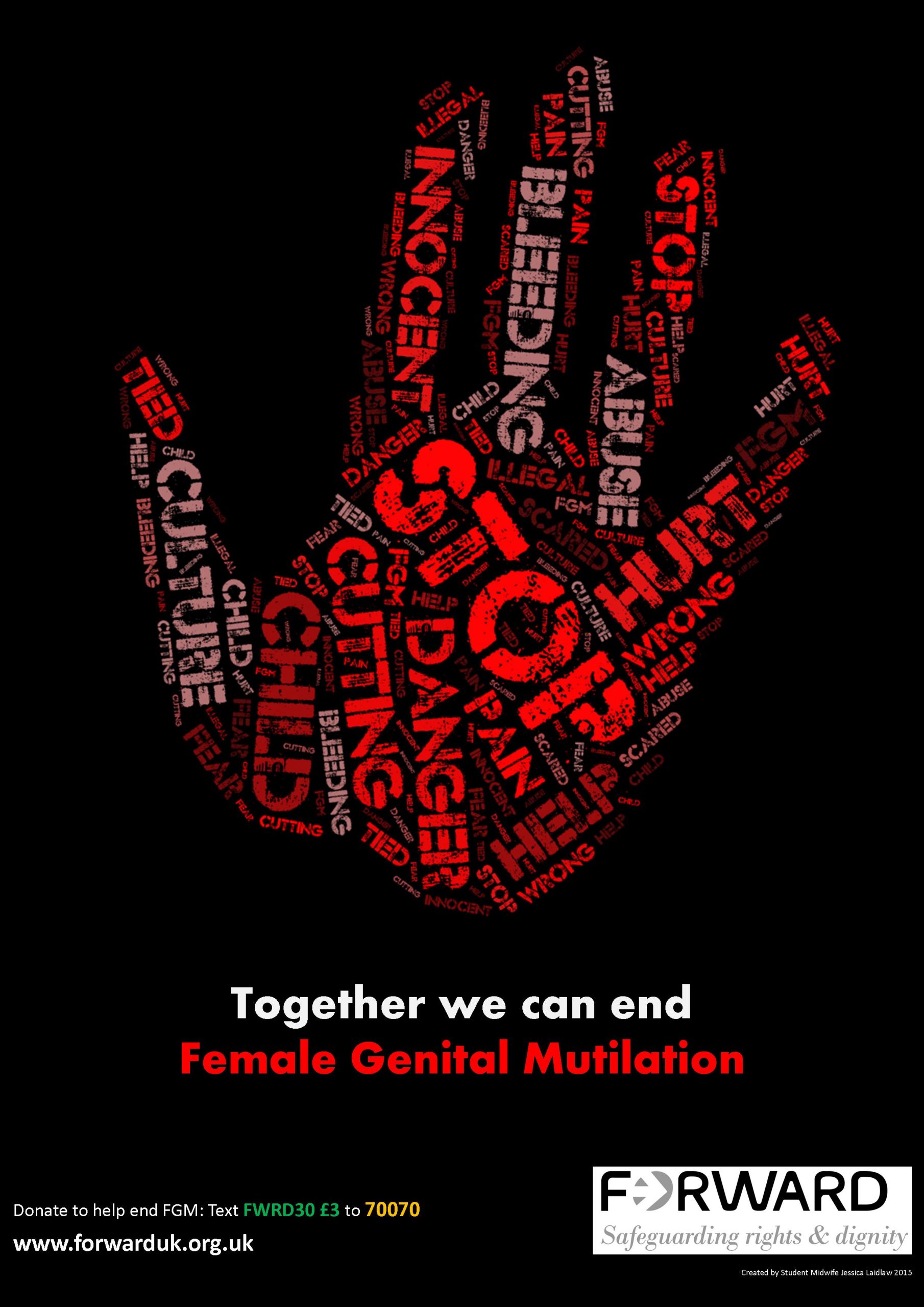 Female genital mutilation (FGM) is first and foremost a violation of girls’ and women’s human rights. There is no developmental, religious or health-related justification for the harmful practice. FGM is the total or partial removal of the external female genitalia for non-medical reasons.

FGM is particularly common within African community, where nearly three in every four girls undergo the procedure. With immigration, it has spread to United Kingdom in general and Kent in particular, with some families having their daughters undergo the procedure while on vacation overseas.
Girls interviewed said they were forced, their parents threatened to stop them from going to School unless they were mutilated. Due to the parent’s ignorance or negligence as well as the girls lack of knowledge of prevention FGM and their constitutional rights they become victims and scarred for life.

Health Action Charity Organisation (HACO), is working to protect African girls and young women in Medway from the dangers of FGM through education and leadership training.

This practice a criminal offense. The first ever person convicted for female genital mutilation (FGM) in the UK has been given an 11-year jail sentence.
The mother from Uganda, who was found guilty of cutting her three-year-old daughter, was also handed a further two years other offences – including distributing an indecent image of a child.

HACO END FGM PROJECT
We are going to carry out a one-day interactive conference with faith leaders, local African community members and police to explore how we can effectively work together to campaign against FGM and eradicate the risk of harm to women and girls.

Within a period of 12 months, the project will also train 10 FGM community champions from communities where FGM is practiced champions to raise awareness and support communities to end the FGM practice.
FGM is carried out for cultural and social reason within the communities and there is no religious requirement for it.

Female Genital Mutilation (FGM) comprises all procedures that involve partial or total removal of the external female genitalia, or other injury to the female genital organs for non- medical reasons (WHO) It is also sometimes referred to as female genital cutting or female circumcision. There is no health benefit to FGM, and it is recognised internationally as a human rights violation.

It is estimated that globally over 125 million women and girls had already undergone FGM and further 3million are at risk of undergoing the practice every year.

It is estimated that 137,000 women in the UK are affected by FGM. I am one of those women that is why I am spear heading the campaign in Medway.
In order to fully engage in our community outreach, work we are going to train dedicated team of community champions to raise awareness and support communities to end the FGM practice. The champions will be provided with skills and training to maximize their capacity and fully will be fully supported throughout their roles.

We will also recruit volunteer champions from outside the FGM practicing communities as we live in cosmopolitan UK society it is necessary for those not affected or at risk of FGM to understand what their peers are experiencing in order to help break down the stigma surrounding FGM and to recognise those in need of support.

Our FGM champions will be encouraged to engage in variety of tasks, including hosting and volunteering during Sister Circles (women only discussions) and Boys2Men talks; raising awareness through distributing posters and leaflets; public speaking at community, religious and cultural events and utilizing creative platforms such as poetry, arts and music to widen access to a range of audiences.

This project is funded through Tampon Tax Community Fund